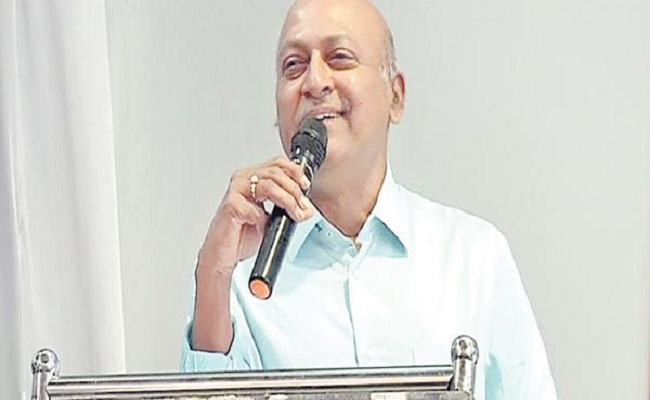 The YSRC government, which put on hold the controversial renewable energy power project of Greenko Group set up during the previous TDP government, revived the same claiming that it had renegotiated the contract and saved Rs 3,495 crore for the state exchequer.

State government’s advisor Ajeya Kallam gave a lengthy explanation to the media as to how the government had renegotiated the deal with Greenko for starting the Integrated Renewable Energy Project (IREP), which was approved during the TDP regime at a huge loss to the exchequer.

He said the state stands to receive an additional revenue from the proposed project. It is purely additional to the already agreed proceedings of the erstwhile government.

As part of IREP, the Hyderabad-headquartered Greenko group is currently setting up 550 MW of wind power project, 1,000 MW of Solar energy project and 1,680 MW of reverse pumping project in the state.

As per the renegotiations, the state government has doubled the land prices to Rs 5 Lakhs per acer from the existing Rs 2.5 Lakhs – the rate was fixed by the erstwhile TDP government.

This decision will alone fetch the Andhra Pradesh government Rs 119.16 crore which is equivalent to the one-time compensation fixed by the previous TDP government.

Andhra Pradesh is going to allot 4,766.28 acers of land to Greenko group for setting the proposed project.

In addition to this, the Andhra Pradesh government has also levied a ‘Green Energy Development Charge/Cess’ of Rs 1,00,000 per annum on each MW of power being produced by the group in all the three formats – wind, solar and reverse pumping project.

While this charge/Cess will be applicable for the first 25 years, Greenko group has to shell out Rs 2,50,000 per MW per annum thereafter until the operating life of the respective projects. This itself would provide Rs 32.30 Crore per annum to the state’s exchequer.

Kallam recalled that the previous TDP government has agreed to receive a one-time compensation of Rs 119 Crore from the Greenko Group.

However, in the best interests of the people of Andhra Pradesh, the YSRCP led present government has decided to alter the compensation terms which will immensely benefit the state and its economy.

The reverse pumping project proposed to be setup by Greenko Group would reduce the intermittency associated with renewable energy generation.

The success of this project would promote renewable energy generation in a big way in the state of Andhra Pradesh.

On the other hand, owing to the efforts of the present government, the compensation to the state’s exchequer has been increased significantly as we have achieved recurring annual benefit of 27% over the one-time compensation fixed by the previous government, he said.